This forum contains discussions about all things Knight Rider.

rydon1981 wrote:custom fan design of a Mercedes MClaren SLR made to look like KITT. I'm just not crazy about the wheels.

I think a cool thing for the new KITT would be an enclosure around the wheels so it looks like it hovers. I don't have a pic to show this but hopefully you guys know what I mean..
Top

As a Mopar fan, I have only one candidate for a car that could be the best platform for KITT: The 2012 Dodge Challenger SRT8 392. I know it's assembled in a Canadian facility, has less than 60% domestic content, and I know that Chrysler is owned by Fiat SpA, an Italian company, but I am not bothered by these facts, ironclad as they are.

In the case of Fiat ownership, they helped Chrysler sort out its many issues, particularly inferior quality vehicles, so they've been a better industrial partner than Daimler AG ever was.

Hello everyone! New user here, just found these forums and wanted to take part in a discussion that I feel passionately about. I've been a knight rider fan since I was a kid in the 1980s and remain one till this day!! I've been trying to get my wife into it by having my own knight rider marathons thanks to netflix on my xbox.

ANYWAYS, on to the post topic! I have ONE car that is my most absolute favorite car in the WORLD and I think it would make a great KITT. The 1st generation (1991-1993) Mitsubishi 3000GT VR4. OR, if you want to have an american badge, the 1st generation Dodge Stealth is pretty much the same car. I own a '92 VR4 and as soon as I get rich (whenever that is) I have full on plans on painting it black and getting a light bar for the front. I want to mount an iPad in the dash and use the K.I.T.T. app in the app store to replicate KITT's presence in my car.

Even more fitting, if you don't know about the 3000GT VR4/Stealths, the top end models are even twin turbo-charged which makes the "turbo boost" button even more practical!

These images are not of my own car, they are examples. My car is the same except it's dark green. Whenever I can find the time, I want to make an animated gif of the scanner light on this car to see how it looks...

Sorry, but PLEASE no.

If I cant have a Pontiac....Dodge will do. (No offense to Cam Fans...) A lil mods would do KITT justice......
Knight Tech Inc. -- Where everyone makes a difference.
Top

, Just I Put the scanner on the center of car

I Like The 2013 Ford Mustang GT Mustang Car , have cool new features and go over all of the new specs it comes complete with 420hp 5.0L Ti-VCT Coyote engine, 8.8" Rear End with optional 3.73 gears, Track Apps, Sync and other vehicle technology , can that also add the scanner of course , nano technology , Neon , etc ..
will be the best knight rider car , watch now

ever since KITT came out as a Mustang, i definitely fell in love with the Mustang. so for me, keep the Mustang. Or, up the ante: 2012 Mustang Super Snake! Like this one

This Mustang looks... BAD ASS!
Mike: KITT, go to Attack Mode... and give me lots of sirens...
KI3T: Will this do, Micheal?
KI3T goes to Attack Mode with police lights on top of him and gets chased by a highway patrol biker
Top

The Challenger makes the future movie seem too close to Vanishing Point (1971) for me.

That being said I would vote like this...
1. See picture
2. New Mustang
3. Camaro

Yes. A black 1998-2002 last of the breed Trans Am. With pontiac out of the way it should keep them from controlling the creative process too much. And for the sake of humanity please don't make KITT a transformer. He is artificial intelligence. A computer car. Use the technology and style of now with a twist of legit KITT in there. And yes it does surprise people that I'd back the mustang before the new camaro with my history

The new mustang or this 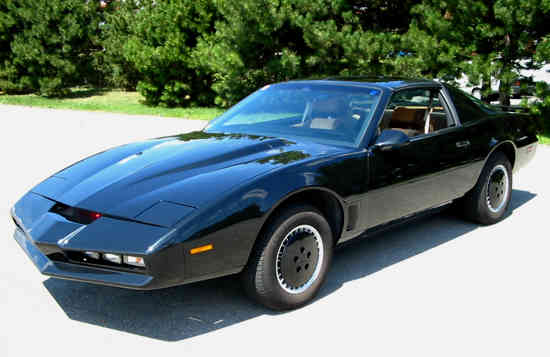 Personally in my opinion I'd have 4selections as a KITT. 2002 Trans Am, 2013 Challenger, FireBreather Cam, 2013 Corvette or Stingray with modified backseat. Anything else to me kinda looks outdated. I kinda dig the 1991 Supra, 1993 3000 Gt, and even the 2005 Sunfire for the looks, but I'm kinda hoping for a custom car with some familiar features from the 82 am and the technology of the 08 Tv series.
Top
Post Reply
87 posts