This forum contains discussions about all things Knight Rider.

That in-dash view looking at Juggernaut, Goliath and KARR would make an interesting Boss-Scenario Menu where clicking on the vehicle takes you to that scenario in which they are the boss. After they are defeated you return to that screen where the defeated vehicle can look wrecked.

Every time I see that scene where Michael gets his bandages unwrapped ikeep thinking he's so pale like thats what it looked like before all the deep tanning took place.Heard Edward Mullhare and Rebecca Holden had to keep getting makeup to keep up with his tan otherwise they would look like they were pale.

Also I read he was pale because during the filming of Knight of the Phoenix he was throwing up a lot during its production he was always in the can.
Top

Ken , You Make The In Knight Rider The Wrong Crowd Episode While Bonnie Remove The Reference To Be Following KITT and Bikers hijack the Foundation's truck and use its advanced computers to go on a crime spree 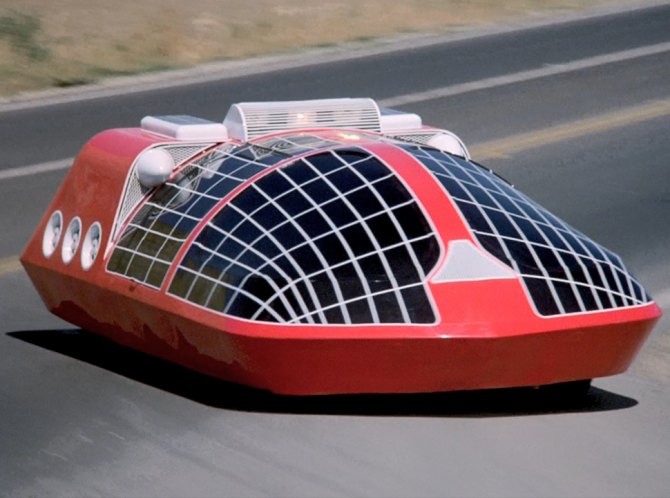 Great work, msKen, on everything so far! I have been continually blown away by the amount of effort and dedication you have devoted to this over the last several years and it's heartwarming to see it all finally paying off so nicely in these great renders you keep posting. Being a very heavy Apple user, I was extremely pleased to see this will be playable on a Mac as well and I think it's fantastic that you're choosing to support multiple platforms. Keep up the fabulous work and I can't wait to see more and play the game at some point!
"One man can make a difference. You can make a difference in someone else's life. You can make a difference in your own life." -- David Hasselhoff
Top

Michael.Knight1 wrote:Ken , You Make The In Knight Rider The Wrong Crowd Episode While Bonnie Remove The Reference To Be Following KITT and Bikers hijack the Foundation's truck and use its advanced computers to go on a crime spree

Its already been said, multiple times, that this game takes place AFTER the series.
Top

I have two questions to your Game:

1. Do you make an German Tanslation into your Game or does it be completely in English?
2. Why do you have made different kinds of KITT? I've take a look at some of your Pictures and saw that their are different Frontnoses at KITT.
Greetings, Dominik

To answer your questions first:

I have two questions to your Game:

1. Do you make an German Tanslation into your Game or does it be completely in English?

Well I'm not the head developer lol, but as far as I know we aren't thinking that far ahead, everything is still in concept. If there will be a German version it will probably only be the text, but maybe we'll look at the audio as well

2. Why do you have made different kinds of KITT? I've take a look at some of your Pictures and saw that their are different Frontnoses at KITT.

As you probably know KITT's shape evolved within the years. We have two versions in the game: the se1/2 version with 3 foglights in the front and the older dash, and the se3/4 version with all features. That will be the car you play throughout the story mode as the story is a SE5 fan take. KITT se1/2 will be one of the many unlockable vehicles!

Here are some in-game screens of the finished Hoff 2.0, after many trouble I managed to get the animations attached correctly. The animations are all based on series footage, so realism to the max

Also note that these screens are taken on the lowest detail/quality, so no things like normal/spec maps. This will be what the game looks like on high-speed quality.

'Playing a video game where circles eat blobs is hardly getting into computers.'

Do you can Chose with what Kind of KITT do you will made the Mission or do you can use only the 4 Season KITT?

You'll be able to unlock different cars from the Semi. Its best if you wait until you finish the game or just use them for free cruise because they lack the SPM feature that you will need to complete some other missions. We'll have quite a few unlockable cars.
The Knight Rider Fan Game Project:
http://www.theknightrider.com
Top

This is probably asking for a lot but can you make a video clip of kitt being driven by Michael hands on the wheel with the lights moving on the meters and the sunshine coming in through the windows/windsheild? i'd like to see how it looks animated and interactable.
Top

The engine Ken is building the game on has a lot of diffirent scripts concerning character animation. At the moment we're mostly making Michael controllable and it takes quite some time to do so lol. We aren't that far with programming it yet, right now there are only outside-off-KITT actions for Michael.
'Playing a video game where circles eat blobs is hardly getting into computers.'

It was very rare in the show that kitt ever popped his hood to see what was under it.I can only recall a closeup in ring of fire when he had to fix the fuel flow and when Bonnie had to remove the seaweed in the cut scene from plush ride.Would one of the Michael movements be checking under kitt's hood?or popping the trunk to see what was under the privacy protector like a spare tire or other F.L.A.G. mission equipment.Perhaps we find a new version of sid,mightymouse,kitt's tv set that made him portable.

I've seen some incredible stuff from what people put under their replicas hoods like branding the turbine engine with the Knight 2000 in red lettering and the c.p.u. in soul survivor,possibly a chance to see the laser power pack and other components that make kitt do what he can do.Your game could actually be answering that great question we all had what parts made kitt turbo boost?I always believed it was a set of gas guns rigged on a panel from the front under the nose and the sides under the mid section of the car.Pursuit mode could be rigged with those rockets found in the kitt kit blueprints and the hotwheels newly released car.
Top

Just woke up and thought about the trunk space I posted about last night could be where you keep all types of collectibles like Tino's phone art,and everything else i've suggested in the last post.Anytime you pick up an easter egg collectible it gets added to the trunk to view later and as you move the mouse over the item it enlarges with a background info story as to what episode it came from like the Batman Arkham asylum collectibles.
Top

tought it was dead
but i see its makiing progress
if i can help tell me, resources or anything

Definitely not dead, but its been one hell of a five year ride to get to where we are at now though. Most of that 5 years was spent learning the game engine itself lol.
The Knight Rider Fan Game Project:
http://www.theknightrider.com
Top

lold i've been checking the progress of the game about some time, and its looking awesome from what i've seen.
hope we are able to play/test it soon

@Deveo I Use Michael's Call Animation New Avatar For Me

Is there going to be Portuguese/Portuguese Brazil translation?
Top

If you guys want/need translations, then we will need volunteers to translate our English speaking script to your native language. We have a volunteer for Spanish already, but no other volunteers for other languages that I'm aware of yet. Offering a localization (other languages) feature is absolutely no problem though, but we want to do it right instead of using something like Google Translate to only end up famous for another "All your base is belong to us" in another country lol.

If any volunteers do come forward please note, the game's surprise plot twists (nothing complicated I promise!) will obviously be completely ruined for you.
The Knight Rider Fan Game Project:
http://www.theknightrider.com
Top

heh no worries someone should do it
im volunter for translating it to portuguese =D
if they are text files, im up to trasnlating it

if happening ill make it fit just like in the series

Well you got the job then! I'll contact you when all of the text has been finalized and is ready for translation.
The Knight Rider Fan Game Project:
http://www.theknightrider.com
Top

tyvm
gunna be a pleasure

Hey msKEN! I will gladly translate the English script to Swedish if you want me to? Count me in!
Michael: Kitt what matters to me is who you are not what you look like. Sure we don't have the car so we can't turbo boost so we can't go over 200 miles an hour but it was all icing on the cake anyway
Top

To date we now have 4 languages for Knight Rider: The Fan Game. I was wrong in my thinking that I had Spanish covered so if any takers out there then please let me know!

CAM-Knight if you are still out there and interested in the French and German translations then please let me know!

We are still weeks away from finishing up the script, we have a general story mian-arch outline and the first few scenes fully scripted, but I still need to flush out the side missions before I can connect everything story wise. So hang tight, and you guys will have a lot of work to do soon! You guys will also get a nice credit in the game for your hard work.
Last edited by msKEN on Sat Jul 28, 2012 12:54 pm, edited 1 time in total.
The Knight Rider Fan Game Project:
http://www.theknightrider.com
Top
Post Reply
887 posts