I always loved the voice box with the moving bars that KITT had. But I was thinking if they do the movie, wouldn't it be neat to instead have a small TV screen in that place, and on the screen a head/body? Sorta like Andromeda's computer guy or Max Headroom but obviously with KITT's personality! They could have William Daniels do the voice overs but use computer generated graphics for KITT's human-looking persona. A nice guy about late 20s/early 30s, with strong arms and short, sleek black hair and a semi-innocent yet devlishly mischievous looking face.

This would also give KITT the opportunity to express more emotion such as laughing, sadness, upset at Micheal's shenanegans, give Micheal a dagger-stare when Micheal is up to no good or gets sarcastic, looks upwards in near exasperation when Micheal is thinking of doing the unthinkable, etc.

Maybe even stick his tongue out at Micheal after he leaves the car after saying something not-so-nice to KITT.

I just thought the idea would be cool.

Gotta disagree with you there. I like keeping the distinction that KITT is first and foremost a computer. I can't imagine any way they could pull that off without it just looking silly.
Join me at Las Vegas Car Stars!
May 14-16 • Las Vegas, NV
http://lasvegascarstars.com
Top

I think KITT's voice box is good the way it is but it's most likely going to get changed in the movie.
Fan Of The New Knight Rider!
Top

It was just an idea.

Who knows what they'll do for the movie. Hopefully nothing like KR2000. It'd be nice to have the black T/A back but with some "newer" modifications. That would be one of them. Or, he could still have his old voice box but also a human-character counterpart that he could decide to show on one of his video monitors. I just think it would be fun to see what Kitt's expressions would be if he had any.

If there would be a movie they should Use a Bandit Trans Am. The year should be about 77-79. The 80-81 Trans Am had a really bad looking nose. They should go real Old SKool with some LED's for the Voice Box. I just found out the other day that my old man had a 78 Firebird. Same as the Bandit Trans Am.
Anti-Ford. 'Nuff Said.

I always loved the Bandits. In fact, I always wanted one! When I first saw KITT on KR I remember remarking to my dad that "That's no Trans Am! I don't know what the heck that is!" LOL! But I loved KITT anyway. I was just back then used to the Bandits and had a model car kit of one, as well as KITT eventually. Wish I had my models now.

I don't think KITT would work in a Bandit though. I like his 80s firebird body and I for one loved the nose, especially in the later seasons.
Top

(Depending on your browser, you could open that link in a new tab!)
Top

*melts* Hey that looks almost like the front of my car (minus the hood scoops) !

This would look nice for maybe KARR - big, brutish, ready for action!
Top

My idea for the voic box is to keep the same basic 3 columns of red bars, but have it projected on the windshield as part of a sophisticated heads-up display. That way, it keeps the loko of the old but gives it a modern update.
Join me at Las Vegas Car Stars!
May 14-16 • Las Vegas, NV
http://lasvegascarstars.com
Top

I mean, I never liked the round headlights on the pre-70s firebirds.
Top

FuzzieDice wrote:*melts* Hey that looks almost like the front of my car (minus the hood scoops) !

This would look nice for maybe KARR - big, brutish, ready for action!

Love the image you did! Thank you.

SwEeTiNsAnItY
Operative
Posts: 152
Joined: Sun Feb 22, 2004 2:03 am
What year did the original Knight Rider start: 0
Location: Anywhere inside of, on top of or beneath KITT ;)
Contact:
Contact SwEeTiNsAnItY
Website Yahoo Messenger AOL

But also because I like KITT's mysterious.. ness. It always leaves him open to your own interpretation... I dunno, maybe it's just me

Good images, DJGM! It's interesting to see KITT in that body, lol. I agree with FuzzieDice in that it fits KARR better... but I couldn't picture either one of 'em as a first generation Firebird or 'Am. Don't get me wrong, those cars look good... damn good, actually *Drool* but... I dunno. KITT's the lastest in technology, it's hard to see an older car as such.
Top

Does anyone have any pics of the dash of KIFT? I was disappointed with the scrolling voice display that was used in Knight Rider 2000. I believe that the voice box situated right in front of the driver in the original design gave Micheal a region to interact with, like a "face" for KITT. Somewhere to direct his speech, as well as "see" when KITT was speaking, rather than having no visual cues at all. Interestingly, in the pilot, as well as the season 1 intro, fashes to the voicebox show the words Knight 2000 on a white square where the flashing red square and later 3 bar display are located. I wonder how that developed. Joe, Ritchie? Any clues?

Heres some images of the Dash: 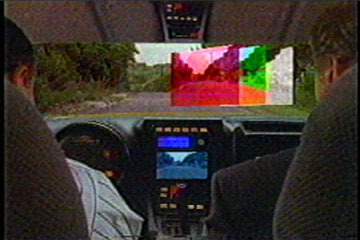 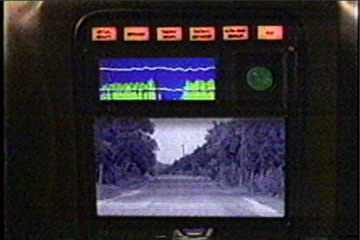 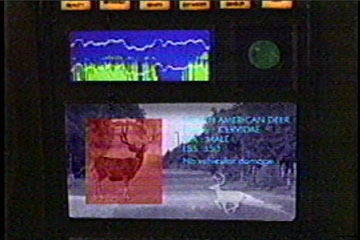 That is pretty lame. KITT'S dash was one of his most impressive features! I can see that there's something where the wheel is too, but not much. Does anyone have a website?
"What do you mean, 'get'? You ARE in big trouble." -KITT, Not a Drop to Drink.
Top

Forget it! I found it. Thanks to fuzziedice's Knight Dreams website. Here's a cutaway pic:

Not bad DJGM - But I still prefer Kitt in a 82 Firebird. Fuzziedice - I am just wondering how and when you came up the this kind of an original idea to transform a Pontiac 6000 into a Knighted Ride. One thing is for sure - It will deffinitly be one of a kind - at least for a little bit.

Cool! I forgot I had a link to that.

My links and KR section keeps growing. I think that is one of the cutaways they used for the show, if I remember right.
Top

R.J.1984 wrote:Fuzziedice - I am just wondering how and when you came up the this kind of an original idea to transform a Pontiac 6000 into a Knighted Ride. One thing is for sure - It will deffinitly be one of a kind - at least for a little bit.

Well, I had my 6000 for about 4 years already and then one day, I was surfing the net and got to thinking about old TV shows I used to like, and looked them up. I immediately found a whole community of people who not only liked Knight Rider, but also had been building replicas! So I just decided that since my car was starting to become a rust bucket, and the inside is pretty bad, and it needs some mechanical work that will cost me a lot, but it still runs fantastic, I decided to give it a go and restore it. I also always wanted a hot rod.

Of course it'll never get to be one, but at least it'll be one cool Knighted Ride!

I do know of others that have made Knighted Rides. They are far and few between but I would be amazed and quite happy to see more people get into creating them. It can be quite fun.

As for when, shortly before my web site went up. I'd say late May/Early June. I know it was before my yearly inspection because I called my mechanic for an appointment and was telling him about my endeavers to restore the car. Then by the time the apponintment came around, I had the site up already and gave him the addy for it.

I've been a KR fan ever since the Pilot aired and seen all of the episodes at least once (even if I forgot a lot of them, some stick in my mind) and the KR2000 movie which I was not at all happy with. I look forward to getting the DVD set. I hope they do all 4 seasons.

Someone in another forum came up with the idea of calling cars like mine a "knighted ride". That means it's not a ricer and not a replica.

And according to one of my neighbors who rode in the car once, he said my car kicks ass! (It's fast for a four-banging iron duke engine!)

My car (which I named Kitt

) deserves my best attention. It got me to/from point A to point B, even loaned it to a close friend when her car was in for repairs. It is just a great car all around, and very dependable.

I hope to some day at least get it nice enough to take to cruise nights and maybe even car shows. I always wanted a show car, too. It's my only set of wheels so I have to keep it in good shape for that reason as well.

Do me a favour and let me know when you have completed it - I would love to see how it looks inside and out.

This seems like the appropriate thread to post this in but for all of those people who liked my designs for what i think the Knight 3000 should look like, I am in the process of revamping the dashboard completely, and also KITT's voice modulator. For a while, I was trying to think of what else it could possibly look good as if we did away with the 3 vertical bars and I had an inspiration the other day and I think it will look VERY cool when completed. It's a bit of a radical departure from what we're used to seeing but in case you're wondering, it's still a graphical display and is still red, so hopefully it will also be somewhat familiar looking. I'll tell you guys what, designing the car was relatively easy for me but the dashboard is much harder because of the detail and because I'm grappling with just modifying the basic dashboard of the 1998-2004 4th gen. Firebird/Trans Am line or just doing away with it completely pretty much and starting with a design from scratch. The original series modified the existing dashboard design and I think that since my Knight 3000 is supposed to be an evolution of the design of the original KITT, I should probably not design my own dash from scratch. Besides, should anyone (or me) ever want my designs to be fleshed out in real life for a replica or whatever, I need to keep that in mind as it's generally easier to modify an existing design than to create one totally from the ground up. Anyway, more detailed designs of my new dash and more designs of the Knight 3000 will be on their way before college resumes at the end of August hopefully.

email me and let me know so I don't forget. I'll always have updates and such on my site too. It's turning into quite a project.