Check out mine, but

Hmmmmm...I wish you'd display them so I can see what you've done with MY gifs. Unfortunately, without my own PC, I'm relegated to the library. What's he up to Neil?

Surely am! In Tasmania at the moment, which is the (big) island right down the bottom of Aus. Only been down the East side of the mainland thus far, enroute to Tasmania, but plan to do the southern coast when we return after Christmas. Lotsa new folk here! I was having a hard time finding any famili...

Oh yessuh! Surely am! Too cold but for us northern Australians. Bring on summer!

Let's not forget the others that I did...

Hello from Hobart, Tasmania, to all you people keeping up with my holiday!
Ciao!

In which episode did Michael pretend to be suspended?

Get well soon Laura! Hope you have a truly speedy and painless recovery.

What the....? And how'd you get to be an operative with posts like that?

Here's a bit of info for anyone wanting to know about the KITT SPM and convertible design and fabrication:
http://www.robertwebb.com/knight.htm
You get to see stuff like this.... 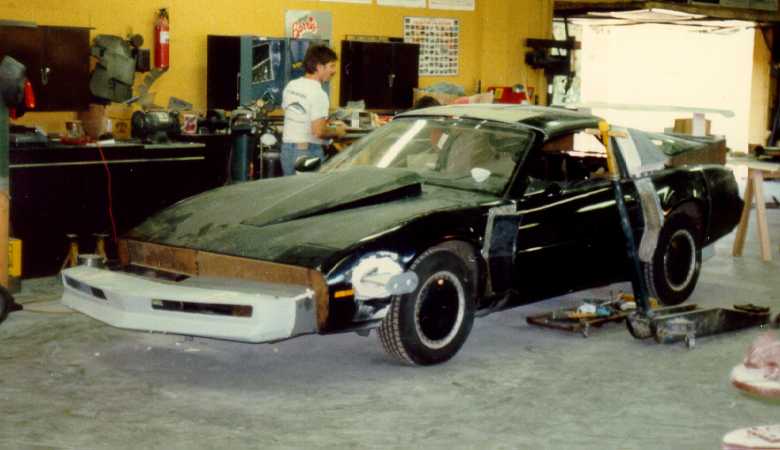 Let's all keep in mind that when Neps says stop, you stop. Either that or get blacklisted and banned. Simple. So to go back to the original post...
The French army?? Man, what are you on?!?!

Someone posted a pic of KITT at Universal, and KITT had it on when he was sitting in a backlot. I guess the guys from Davilex went over & checked him out, but got it wrong in the process.

I seriously doubt that a KITT replica nose would fit inside that spoiler. But the question that springs to mind is, why would you bother? It'd spoil a beautiful design! Just look at the Davilex game shots to see how bad it looks. KITT never had a spoiler under the nose "chin", but it would seem that...

Easier said than done. Not all of us have web-sites.

Sheltonw3, is that a picture of the KITT prototype you have for an Avatar pic? They shoulda used that for KARR, I reckon. I'd love to know how they went from that nose to the later style nose design. Guess I'd have to buy the Knight Rider Legacy book to find out.

OI! Sorry to butt in here boys, but KITT crashing pics! Where can we see some more of 'em, msKEN?
Oh, and straight sixes are still current. In fact, they are inherently better balanced than V6's. Better torque too.

Straight V6? Whassat? And hey, where can we see more pics of KITT crash landing, msKEN?